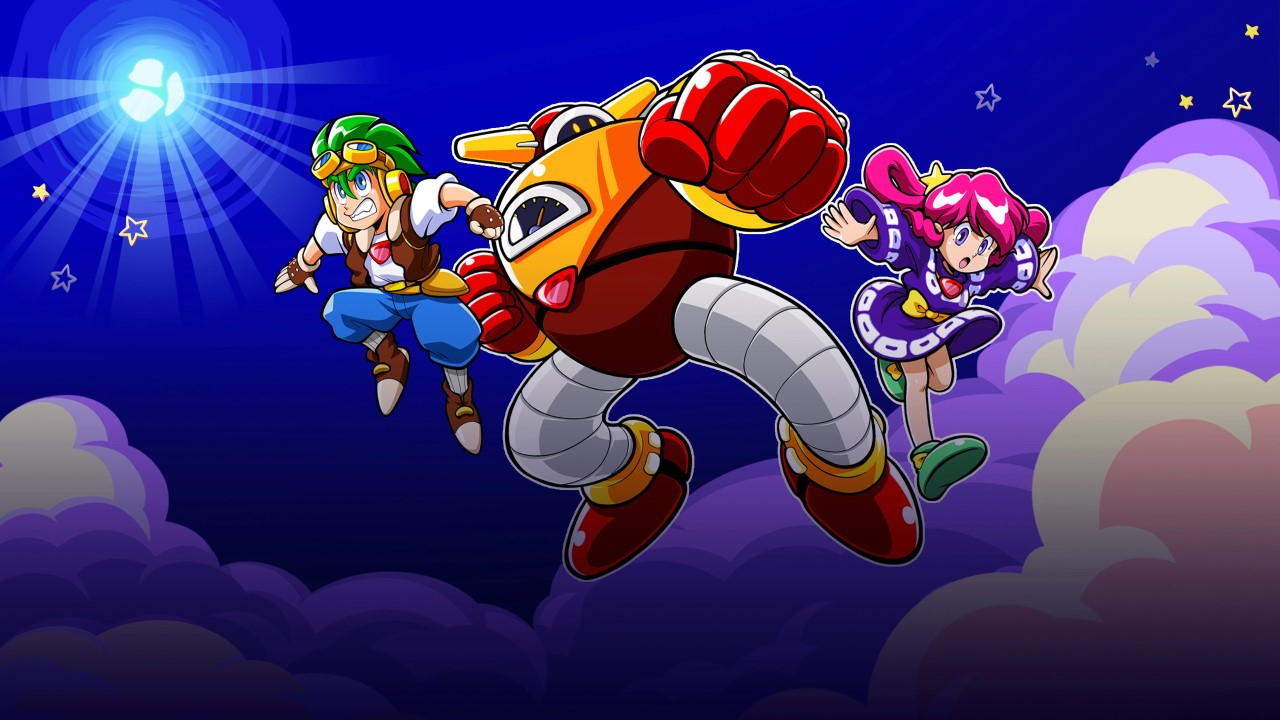 Clockwork Aquario is a classic 2D arcade game from the “father” of the Wonder Boy series. In fact, calling it a classic is not exactly accurate. The game was planned to be released nearly 30 years ago on the arcade platform, but was canceled when the 3D gaming trend blossomed and was not appreciated during the trial period that took place in Japan in 1993. To date. Under the backing of ININ Games, this game has just been revived under the cooperation of many veterans of the original developer Westone and game designer Nishizawa Ryuichi.

At the time of writing, the game has just usurped Duke Nukem Forever to become the game with the longest development time in the Guinness World Record. As for the player perspective, Clockwork Aquario surprised me with its relatively short playing time. It only takes you less than 30 minutes to complete all the levels. On the other hand, although it is divided into many different game modes, in fact, it only differs in the number of times to continue playing when the character runs out of life. Apart from that factor, the game experience makes absolutely no difference.

Although Clockwork Aquario has a simple plot and is somewhat similar to the Mega Man game series, this element is also just a background for the game experience. The story revolves around the evil Dr. Hangyo and his associates conspiring to take over the world from the Aquario underground base under the sea. Those who are able to stop him are the trio of characters Huck Londo, Elle Moon and the robot Gush. Each character has their own little knack. Specifically, Huck moves the fastest, Elle jumps the highest and Gush has the ability to jump further than the other two characters.

The gameplay of Clockwork Aquario has many similarities with Wonder Boy: Asha in Monster World but is simpler. Characters are quite limited in action compared to modern scene games. Even so, the experience is still very attractive with three characters with slightly different scene skills, providing replay value that makes up for the relatively short game length. Basically, the player can jump or attack to paralyze enemies, then grab and throw at their accomplices. You can pick up potions, red diamonds and stars to support the game experience.

Specifically, the potion is used to heal the character, while the red diamond helps to fill the One Up bar to add more lives. The star makes the character invincible for a certain time and comes with the ability to shoot. The player’s goal is to create a chain of combos when killing enemies to get the highest bonus points. However, I also discovered a few experiential scenes that can be used to score points if you are patient enough. Unfortunately, Clockwork Aquario does not have an online leaderboard for players around the world to compete against each other.

Most interestingly, the game supports two-player co-op, which brings a more interesting and humorous feeling than single-player when the experience is both difficult and easy due to the unique gameplay mechanics. The difficulty is that players can accidentally or intentionally “carry” teammates, making the experience somewhat unpredictable. Notably, Clockwork Aquario also has an arcade mode, but it is only unlocked when you complete the experience in another game mode. Arcade Mode allows you to access and adjust many of the game’s settings as is common in arcade machines.

There is also a Bonus Stage – Mini Game for two, actually minigames in the 3rd and 4th levels as you experience co-op. Besides the game modes that don’t make much sense in terms of game experience, Clockwork Aquario has an additional Gallery of interesting game development artwork. Not to mention the Soundtrack section allows players to listen to all the great soundtracks, not only the original mix of the game, but you can also listen to the remixed remix completely new.

Graphics are a great plus point of Clockwork Aquario with bright colors. Enemy shaping is quite creative with an impressive level of detail. You can clearly see this every time the character acts or falls down, the avatar on the top of the screen also changes according to the evolution of the experience. The element of humor also contributes significantly to the very subtle movements. For example, when the character Elle attacks, the avatar changes to a puffy face, but when she dies, she cries very cute.

In the end, Clockwork Aquario offers a great scene-walking experience that defies the test of time. The biggest minus point of the game is that the duration is too short, making the experience exciting but surprisingly early. Although the developer adds a lot of extra content like Gallery and Soundtrack to compensate, they are only collectible and have no value in the game experience. However, this is still an indispensable name in the game library if you love the 2D scene series.

Clockwork Aquario is available now for PlayStation 4 and Nintendo Switch.