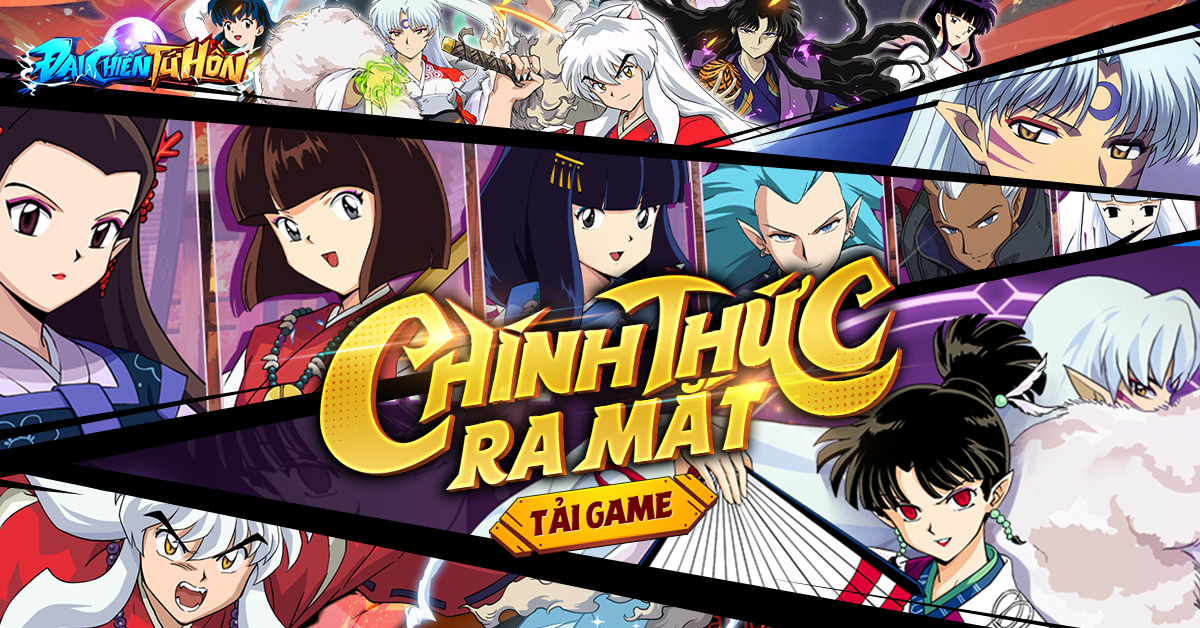 Entering the world of Four Souls War, gamers will meet again the legendary characters associated with childhood such as InuYasha, Kagome, Sesshomaru, Kikyo … and join the journey to find the dangerous Jewel of Four Souls. but also a lot of excitement. All shapes, skills and character personalities are preserved, 100% similar to the original, promising to bring unprecedented emotional and attractive battles.

Belonging to the action role-playing game series, Dai Chien Four Souls allows players to transform into their favorite characters, freely move, and attack enemies at will. In particular, the short films are subtly integrated by NSX after each chapter, bringing a unique experience like watching an extremely interesting movie. In particular, the game has also officially launched the top racing event to receive exclusive VIP gifts.

In addition, Dai Chien Four Souls is also a playground, an ideal rendezvous for PK-loving gamers when introducing a series of attractive PK activities such as: solo PK 1vs1, 3vs3 and even the bold “bet” mode skills” PK 1vs1 Real-time. In addition, countless interesting activities such as traveling with shippo, hot spring bath, freely changing the background image, watching anime right in the game … are also available to serve gamers.

On the occasion of the game’s official launch, Dai Chien Four Souls would like to give readers a special Giftcode VIP gift. Quickly enter the code, receive gifts and “fire” with your best InuYasha!