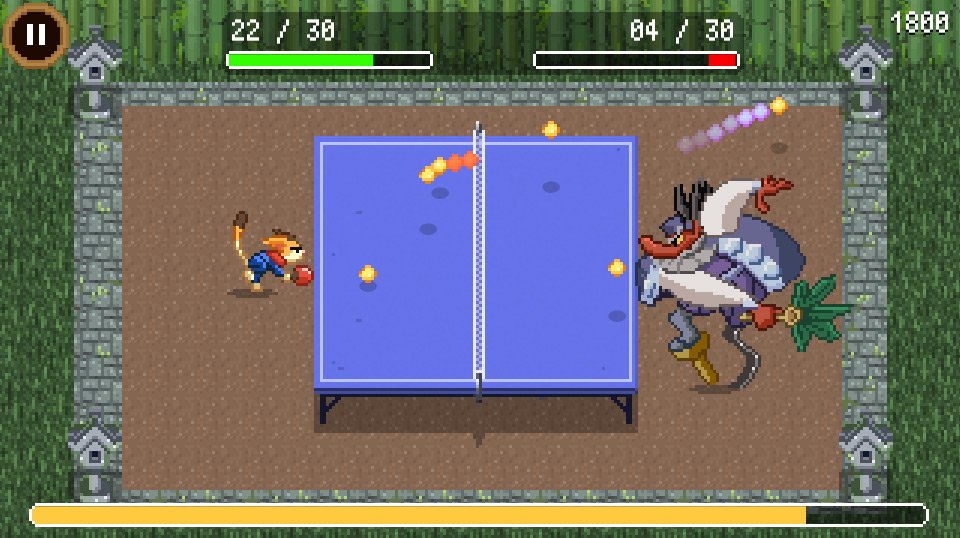 Doodle Champion Island Games Games is a cute role-playing game, produced by Google in cooperation with STUDIO4°C to celebrate the Tokyo Olympic Games, with Japanese stylized game graphics with extremely cute features, gamers can try it once. .

The game collects the scene on Quan Quan island

Every four years, this place welcomes the best cheerleaders from around the world to compete. The player’s character is Lucky calico cat with the goal of winning seven competitive sports, collecting seven sacred scrolls. The mystery of these seven scrolls, I will use for you to experience. The writer can only reveal that each sport is designed into a variety of mini-games with easy control mechanisms, providing an exciting and equally challenging experience.

Having a small investment is the first plus point of Doodle Champion Island Games right from the moment you start using it. The image of the plump, lovable main character and the characters from Japanese legends bring new emotions to the first impression. Not to mention the number of these animation transitions quite a lot. Similarly, the game’s pixel graphics are not only beautiful, but also extremely diverse in visual design. From creating characters to locations that you explore and interact with.

Reminiscent of the classic Legend of Zelda of the 8-bit era. Players control Lucky to interact with NPCs, completing challenges through mini-games to win scrolls. These mini-games have extremely simple control mechanisms, but are cleverly designed to create a variety of emotions and experiences. For example, swimming is competed with a mini-game that presses buttons to the beat of music, while climbing requires the ability to go to the scene. The mini-game is simple but challenging, so it’s quite attractive.

The main character of the game

The game is about the journey of Lucky – a ninja cat to the island of Doodle Champion. There, Lucky can be selected to participate in 1 of 4 teams and compete in 7 competitions, 7 attractive minigames simulating sports at this year’s Olympics, including: Skateboarding, Swimming Pool, Archery, Climbing, Table Tennis, Rugby and Marathon.

These are the “Legendary Champions” of each subject, which are also inspired by Japanese folklore and history such as: Oni, princess of water, lord, fox,… Your achievements will help us in the future. a team-based total ranking of all other players, competing to help their team rise to the top of the competition.

Doodle Champion Island Games nIn addition, the game is designed in a nostalgic 16-bit format, bringing the same emotions as the classic games that make players extremely excited. Besides participating in minigames, players can tour areas of the large festival world, chat and interact with ingame characters.

Behind the characters in Doodle Champion Island Games. It begins with a selection of folk tales from all over Japan to produce a character that symbolizes us and Japanese culture.

Then, the apothecary team to connect the folk tales with each sporting event included in the Doodle Champion Island Games. Studio 4ºC says it’s working with Google in the hope of conveying Japan’s rich and varied natural beauty from underwater, sandy tropical beaches, forests and snowy mountains to everyone on the planet. Global.

The biggest plus point of Doodle Champion Island Games

Doodle Champion Island Games is extremely high availability, as long as a platform is web-capable and supports HTML5. Tested the experience on both desktop and mobile using popular web browsers without any problems. The PC version even supports keyboard and controller controls, while on mobile supports virtual button controls just like any mobile game. However, trying it out on an old and low-profile smartphone about 3 years ago, it was still playable, but not as flexible.

Through the above article, you have learned about Doodle Champion Island Games Welcome to the Olympic Games. Hope the above information of the article will be useful for readers. Thank you for taking the time to read through this article.