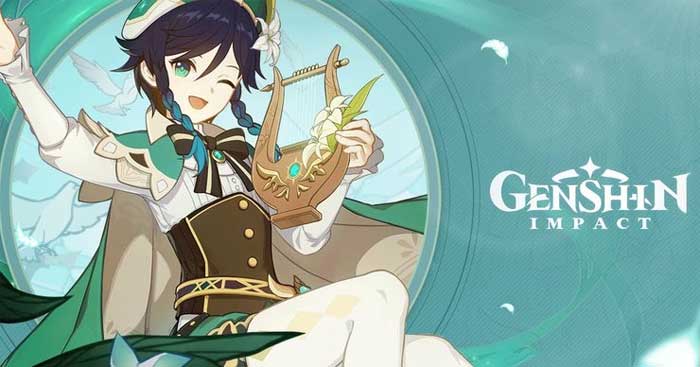 Barbatos Genshin Impact Also known as the god of freedom. Here are some things you might not know about Barbatos Venti in Genshin Impact.

In Genshin Impact, Barbatos or Venti is one of the members of The Seven God. Barbatos and Morax are also the only two members that still exist at the beginning of the game. Most Genshin Impact players know him as the ruler of Mondstadt, the city of freedom. However, Barbatos Venti is an extremely interesting character in Genshin Impact with powers, personalities, and secrets that many players are unaware of.

Things you may not know about Barbatos in Genshin Impact

Gods in Genshin Impact both have the power to control elemental energies and live longer than the average person. Like the other gods, Barbatos’ true form is the spirit of the wind, so there is no specific figure. During the rebellion 2,600 years ago, this god took the form of a small elf with white and blue fur, diamonds on his chest and a black face.

Currently, Barbatos takes the form of Venti to roam the world. However, few people know that Venti is a god, except Jean, Dainsleif, Diluc.

Barbatos Genshin Impact is over 2,600 years old. This god was unknown in old Mondstadt. And in fact, this is the second oldest god, younger than Morax – who is more than 6,000 years old.

The power of the gods is directly influenced by the power and worship of the inhabitants of the respective country. Barbatos brings freedom to everyone, so he is the weakest of the 7 Archons.

Barbatos creates the image of Mondstadt

Before Barbatos ruled Mondstadt, the city was like a tundra. Decarabian was once the ruler of Mondstadt. He is a tyrant who often imprisons people, thinking it is to protect them. This sparked a revolution that overthrew Decarabian.

Barbatos changed Mondstadt into a free city. His influences changed the climate of the city, filled with flowers and other local specialties. The people in the city gradually developed the habit of heavy drinking and extremely fond of the wind, like Barbatos.

Relationship with other gods

Barbatos has a good relationship with Morax. However, he doesn’t like Celestia, and says that “when the water doesn’t taste good, the fruit is bland.” This god thinks Murata, Pyro Archon is nasty and hot-tempered. Like every other Archon, Barbatos also has a bad relationship with the Cryo Archon…

Barbatos’ ideal of freedom is not always possible

Due to its free nature, Barbatos often disappears and lets the people of the city live their way. This caused many members of the council to doubt Venti’s existence.

Barbatos’ long absence had plunged Mondstadt into civil war 1000 years ago. Lawrence Clan became corrupt and belligerent. Barbatos saw it, but only supported Venice in the uprising to free the city.