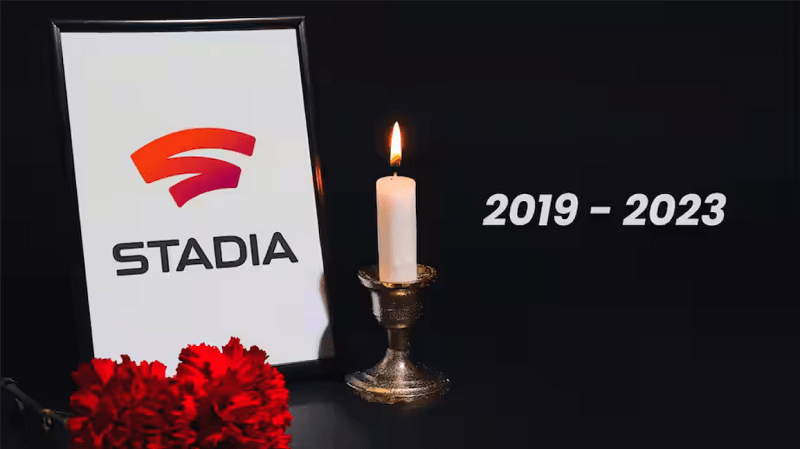 Last September, Google announced that it would be shutting down its gaming platform Stadia in January 2023.

The Google Stadia outage was anticipated, but after 3 years, the cloud gaming platform has finally stopped working. This means that users will not be able to access the digital library of titles purchased since 2019, when the Google service launched. Stadia’s outage comes hours before Google announced it was laying off more than 12,000 employees worldwide.

As for the Stadia controller, in recent days the company has released an update to make it usable on PC, Mac and Android systems wirelessly.

Stadia’s Vice President and General Manager, Phil Harrison, released a press release announcing the complete closure of the service. “While Stadia’s game-streaming service to users has been built on a strong technology foundation, it hasn’t been as successful as we expected,” he said. Google has made the difficult decision to close its Stadia streaming service.”

Google Stadia, a service introduced in 2019, is billed as the “Netflix of video games,” meaning a subscription service that will offer a catalog of games, including exclusive games run by teams internally developed by Google, can be played in the cloud on any device thanks to the power of the server.

The Stadia cloud gaming platform was first launched at the Google Developers Conference in 2019. At the time, Google CEO Sundar Pichai even personally introduced the platform. , cloud gaming service, 4K quality and a host of advanced features…

However, since its inception, ecological shortcomings have made Stadia gradually become pale, not well received by gamers, gradually no longer play. Stadia originally only had 12 games, and it was difficult to really achieve the stable 4K 60FPS experience as promised by the developer. Since then, while the platform has continued to expand and improve the content, most are legacy game products and players have to pay at least $9.99 for the Pro subscription service to play.

What’s more unfortunate is that Stadia doesn’t have any exclusive games available, which makes the subscription service much less appealing than Microsoft’s XGP, and its platform stickiness is clearly incomparable to that of Microsoft’s XGP. Sony and Microsoft. Although Google also tried to bring Jade Raymond to work, it was unable to further improve its “child”.

Google no longer publishes Stadia data and internally downgraded its business in early 2022. Stadia has also transformed the platform’s business and enriched its content. However, in September, when there was still no improvement, Google finally announced the closure of Stadia, saying that the underlying technology platform provided by Stadia had been proven at scale and had seen significant improvements. This technology is enhanced in YouTube, Google Play and AR.

After announcing the closure of the Stadia service, Google also opened a refund channel, and all players who purchased Stadia hardware, games, and DLC received their refunds. Among them, most hardware products, including Stadia cloud game controllers, do not need to be returned or refunded.