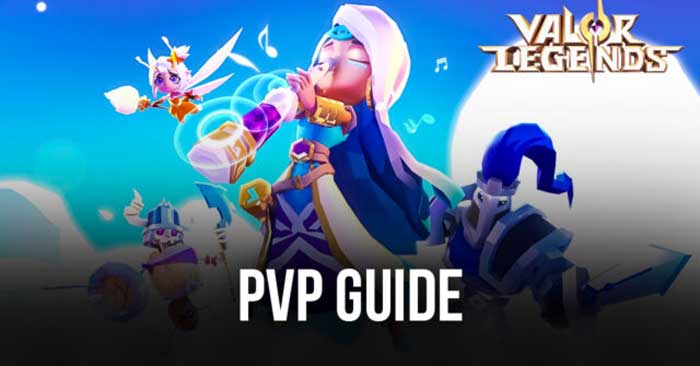 In Valor Legends: Eternity, Glory Arena is the PvP arena of the best. The tips below will help you win this match easier.

Competing in PvP matches is extremely difficult when you are only halfway through conquering Valor Legends: Eternity. Not every player seriously wants to compete in this mode because the top names on the server have all succeeded by investing in resources. However, you can apply the following tips to reach the top 20 in a PvP match on the Valor Legends arena of fame.

The best way to compete in Glory Arena is to have a wide selection of heroes available before going into battle. The challenger can check the type of team the opponent has prepared, from there, choose the right factor to defeat the opponent. This is extremely important. Once you have collected about 5 to 7 decent level heroes from each faction (minimum 5 stars or more), you can easily reach the top 100 in the arena).

There are two problems with this tactic. Firstly, collecting heroes is extremely difficult. You must use Gem or Tome (book) to summon them. This process is quite time consuming, possibly up to several weeks or months. The second problem is that it is not easy to upgrade more than 5 heroes because this process takes a lot of resources to get them to the right rank. However, once the Blessing Temple is unlocked, things will become easier.

Take advantage of the guild

Faction Advantage – Clan or faction advantage plays a big role in defeating the enemies you may encounter in Glory Arena. If you don’t play a full Light or Shadow team, you’ll always be at a disadvantage. Fortunately, in the challenger role, you always have a choice of the hero you want to include in the starting lineup. This is an advantage if you already have many heroes to choose from as mentioned in the tip above.

Some people prefer to play squads that combine multiple factions, sacrificing overall strength to reduce the chance of being counter-attacked by the opponent. When challenging others, never place characters weaker than the enemy’s DPS. Warriors and Priests don’t usually deal much damage, so you can put the heroes at a disadvantage in front of them if needed.

Position is also an important factor that players need to keep in mind, depending on the position of the team. Placing warriors against enemies wisely and hiding DPS units is often recommended to win a battle.

Valor Legends players often lose in PvP and PvE by misidentification. Therefore, changing the Valor Legends hero position every match will increase your chances of winning.

In Valor Legends’ Glory Arena, players can choose their opponents by refreshing the roster and checking each player’s team. Remember you only have two free picks per day, so don’t rush. Consider carefully, feel free to refresh the list until you find a suitable competitor. However, don’t fight players with lower ratings because they won’t give you a high rank after winning.

Defense is also an important factor if you are trying to climb high in Glory Arena. Whenever you lose to an opponent that challenges you, you will lose part of the Arena Rating, lowering your rank. Creating the perfect defensive team is the key to ensuring your team has enough strength to not be defeated by the enemy.