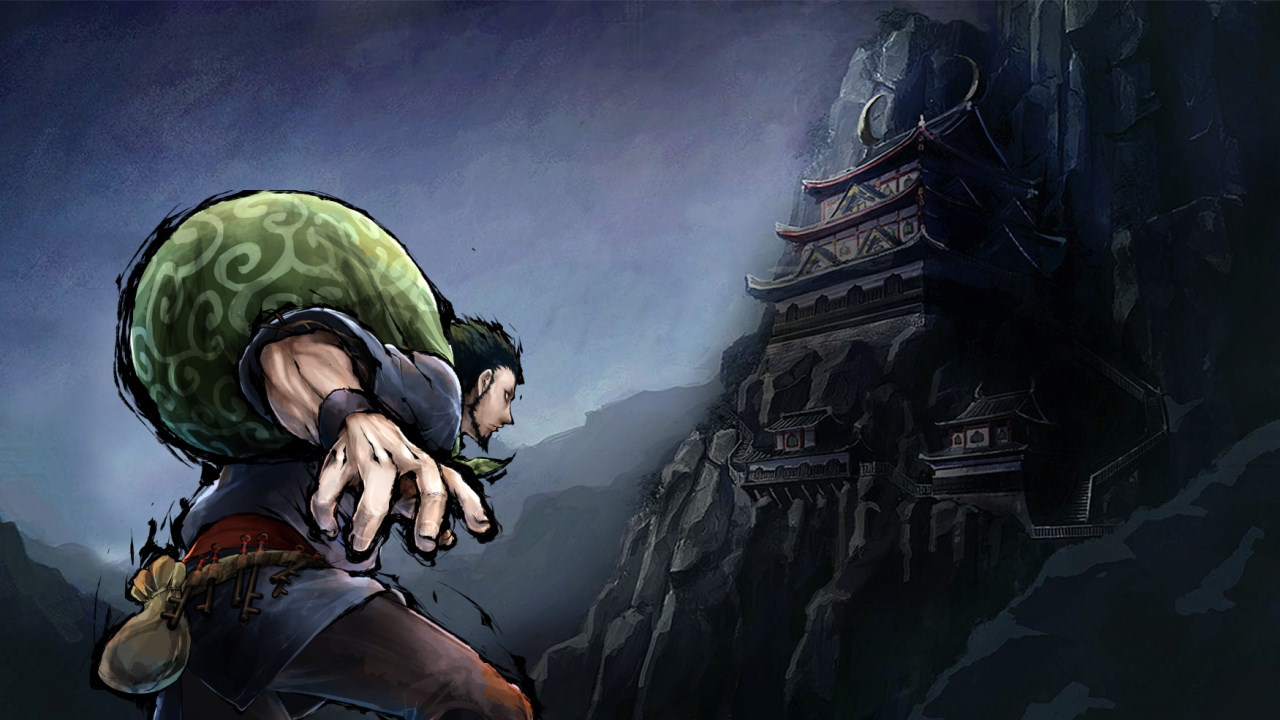 Kamiwaza: Way of the Thief is a remaster of the classic stealth action game Kamiwza from the PlayStation 2 era, which has never been translated and released internationally to date. The game has many similarities in gameplay with the two series Tenchu ​​and The Way of the Samurai, but the feeling of experience is completely different. While games of the same genre often require you to go softly and quietly, Kamiwaza is more about going loud and having a bigger feel in action like Katana Kami: A Way of the Samurai Story.

More specifically, the guards were very negligent in their duties. If they do not catch you doing something shady with their own eyes, they will never care, even if the player destroys the room next to their guard position. That’s not to mention the main character is only able to “dodge” the enemy’s vision with different skills and has no fighting ability. The funniest is the idea of ​​punching and picking the enemy’s pocket, but when detected by the enemy, they are not necessarily alarmed if you know how to take advantage of the “stealth” skill Just Stealth.

Not only avoiding detection, this skill also helps you to both walk through them like nowhere, while picking up their valuables. In fact, the pace of play in Kamiwaza: Way of the Thief is very fast, not slow like other stealth action games. If you don’t realize this early on, the game experience can become quite challenging and frustrating if you keep playing the traditional way of the genre. On the other hand, the player also has to manage the bag to avoid being full, leading to slow movement of the character.

In particular, the control character’s bag is not only for storing stolen items. It is also a tool to take down enemies from a distance or when it is necessary to reach a higher area and not just stop there. Using an item bag as a weapon is also quite risky because if the player does not collect it after being thrown or dropped, the main character is almost useless. The problem is, Kamiwaza: Way of the Thief almost doesn’t explain important gameplay mechanics, leaving players to explore on their own in the dark, so the first few hours of the experience are extremely frustrating.

In contrast, the Kamiwaza: Way of the Thief plot is quite interesting when it comes to the relationship between father and daughter. Players play the role of thief Ebizo, who is a rookie of the infamous Silver Raven thief gang, whose motto is only stealing, not doing anything worse or harming people. In the first level used as a tutorial on basic gameplay mechanics, an unexpected event occurs when several members slaughter the entire family of the victim. The only survivor is a girl who was accidentally rescued by Ebizo, leading to the bold decision of the main character to take them both away from the pursuit of the Silver Ravens.

In order to have money to support her adopted daughter, Ebizo switched jobs as a carpenter. However, bad luck still followed the two when Suzuna suddenly fell seriously ill and the honest money earned was not enough for medicine. Because he wanted to save his adopted daughter, the main character decided to go back to stealing from the rich to give to the poor, and at the same time collecting medicine to cure Suzuna. Although the story is extremely absurd like many movies from Japan, it actually has a lot of depth when you unlock all the endings and the ‘true ending’ one by one.

As mentioned above, the Kamiwaza: Way of the Thief experience revolves around controlling Ebizo to steal in different areas through the “super thief punch”. In each mission, the player can freely “pick up” anything besides the required item. The more you steal, the faster Ebizo will level up as well as increase HP and unlock more new skills. After “completing the mission”, the player can sell the stolen items to the bathroom or give it to the people, in exchange for their ignorance whenever they see you doing shady behavior.

To cover the eyes of the world, Ebizo also disguises his face, but in the process of “physical interaction” with the NPC, the main character can drop the disguise leading to different consequences. However, the writer has a feeling that this mechanism is just to color the game experience, but the guards are still easy to identify when they catch you doing something shady. From a player perspective, Kamiwaza: Way of the Thieves seems to be designed for multiplayer to increase replay value, unless you’re not curious about the happy ending. However, I also revealed in advance that it is not easy to get the ‘true ending’ because of the tricky way to unlock it.

In terms of visuals, although the background music brings a sound suitable for the game experience situation, the old graphics are the minus point of Kamiwaza: Way of the Thief. The character movement is stiff and unnatural, and the screen environment also loses a lot of detail when for some reason the brightness seems darker than the original game. Some visual effects such as Ebizo’s hair or the dazzling sun effect have been adjusted, and are no longer as impressive as the original. In return, the shadow and water effects have a better improvement. The game still looks quite similar to the PlayStation 2 version with a higher resolution.

The biggest difference between Kamiwaza: Way of the Thieves and the original game is performance, but not the higher frame rate. The game experience is still limited to 30fps on the PC and Switch versions, but the drop in frame rates in the original PlayStation 2 that was often annoying when playing before is no longer there. The writer feels that the developer Accquire is quite lazy when the remaster is very limited, as well as not adding adjustments to make the game experience convenient for the newer generation of players. For example, hand-holding just a little bit and extending the tutorial in detail and better.

After all, Kamiwaza: Way of the Thieves offers a pretty interesting and engaging action experience. The biggest minus point of the game is that the process of fully understanding the gameplay mechanics takes a lot of time, plus the price is a bit high compared to the value the game brings. Even so, this is still a name worth considering if you are patient enough and don’t mind a little challenge, especially when the game is more reasonably priced.

Kamiwaza: Way of the Thieves is available now for PC (Windows), PlayStation 4, and Nintendo Switch.