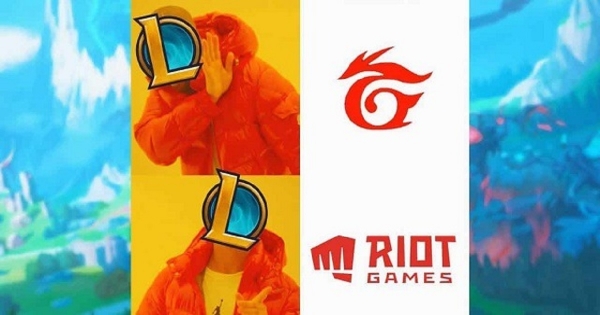 League of Legends: Instructions on how to convert accounts from Garena to Riot Games, VNG easily and quickly

Instructions on how to convert League of Legends accounts from Garena to Riot Games easily and quickly with some notes when converting to avoid unnecessary losses.

According to the source, Garena will be shutting down at the beginning of January 2023 to ensure players can sync and maintain existing data in their accounts in a timely manner. To support users, Riot Games will work closely with Garena in the synchronization phases starting from November 18, 2022.

The first is that Riot encourages players to start switching accounts as soon as possible before the new servers launch in early January 2023 to help smooth the process. If something goes wrong after the conversion process, Riot Games will not compensate for the lost account data in cases where the account data is not fully converted.

In case there is an account to play another game like Wild Rift, Valorant players can convert their Garena account to an existing Riot ID. This conversion will not affect the player’s current account and the data in other game accounts of the player.

In the event that player data may not be transferred smoothly, Riot’s Player Support team will always be available to help and support all affected accounts.

Instructions on how to convert an account from Garena to Riot Games:

Step 1: First, you need to prepare a white Riot account (haven’t played LOL/TFT) or played LOL/TFT in SEA region. To own this account, you can quickly create it at account.riotgames.com

– In early January, League of Legends will be re-released on Riot server and all Garena servers will be officially closed.

– The Garena and Riot accounts you use are definitely not punished by Garena or Riot.

– Your Riot account must be in the Vietnam region.

– Your Riot account must not have LOL/TFT data outside of Southeast Asia (eg NA, EU…).

Regularly follow rvgamepc.vn, we will always bring the latest news related to Esports and news about streamers, emerging games for you.

Related Posts
Instructions on how to top up League of Legends VNG after transferring accounts to Riot Games
Game & eSports News 11/10: Riot encourages Neeko’s gameplay in the Jungle season 2023, Genshin Impact will fix Nahida animation errors
Just got news that Riot took over League of Legends, gamers asked Garena to do an unbelievable thing
Read moreTop 5 big hand generals season 20 – a punch on the board is real!