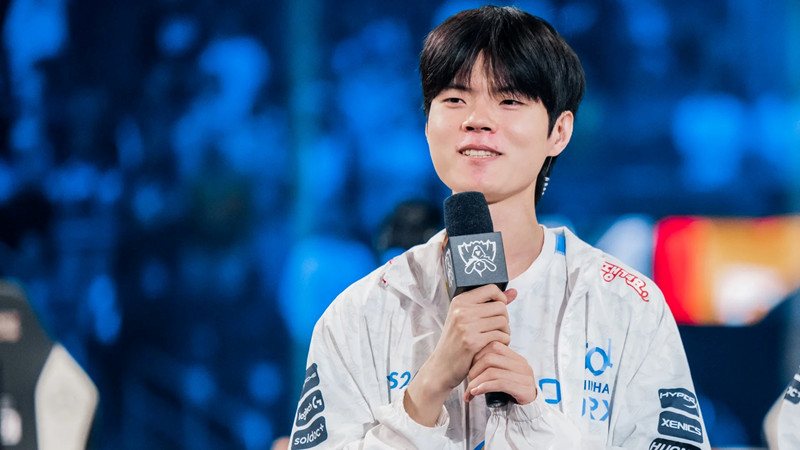 The World Championship 2022 champion has got himself a new destination shortly after becoming a free agent.

With each passing day, the transfer market of League of Legends Professionalism is more exciting than ever, especially in the LCK area.

KT Rolster also welcome two new members to the lineup Kiin and BDD. With Kiin’s ability, the new season of KT Rolster will definitely bring a lot of prosperity to the current squad.
See more: League of Legends: The former CEO of Griffin suddenly filed a lawsuit against Kanavi and cvMax for plotting to harm him

HLE Viper – one of the most shocking signings when once again, Viper returned to his old home in the LCK. Hopefully with current form, Viper will help HLE get better results in 2023.
See more: Summary of League of Legends players who have just expired contracts with the latest 2022 organization

In the early afternoon, the transfer market was more active when many new contracts were announced.

Kang “GorillA” Beom-hyunlegendary player of ROX Tigers will now be the coach for DK’s squad, if the player is bad, he will most likely come in instead, Lagvn guessed.

Seo “Kanavi” Jin-hyeok will be re-signing with team JDG for the next season, and now only time will tell if an all-star roster like JDG will make it into the next season.