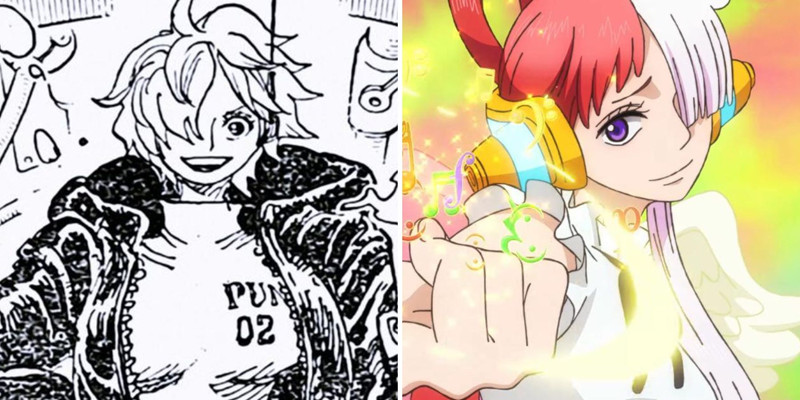 In One Piece 1061, scientist Vegapunk appeared with the appearance of a beautiful young girl. This sharp turn of Oda-sensei makes many people doubt Vegapunk’s true identity. Here are the 5 most interesting theories about Vegapunk that have been raised. Let’s see together!

Vegapunk is one of the most mysterious characters in One Piece. For that reason, right after Vegapunk appeared in One Piece 1061, the audience was extremely shocked! Not an old man as one usually imagines, the self-proclaimed Vegapunk has the appearance of a young and very beautiful girl!

“Suspicious” that the other Vegapunk is not real, many predictions have been made. Here, invite you and Lag to “look” through the TOP 5 craziest theories!

This theory sounds very strange, but many viewers believe it. According to the audience’s analysis, Kizaru’s Pika Pika No Mi Devil Fruit makes him able to think extremely fast, thereby being able to gain a huge amount of knowledge in a short time. In addition, the Pacifista and Seraphim both have the same laser shooting ability as Kizaru.

While at Sabaody, Sentomaru was present as Vegapunk’s personal bodyguard. However, Kizaru called Sentomaru his subordinate. Could it be that Kizaru is really Vegapunk?

See more: One Piece: All about Vegapunk – the ‘mad scientist’ of the World Government!

Vegapunk One Piece 1061 is an artificial person

In the past, Vegapunk worked with Judge at MADS. Many argue that Vegapunk has also mastered artificial human technology and has taken advantage of it to create Vegapunk with the shirt 02 that appeared at the end of OP 1061. In this character’s ear is something very similar to a device. transmitting the signal of the robot so it is believable that she is not Vegapunk but an artificial person or a Cyborg.

Vegapunk on the side of the pirates!

With the erudite knowledge that I have, it is likely that Vegapunk can see the truth about the World Government. Knowing that the current institution is not really good, Vegapunk has always been waiting for the day to rise. This theory comes from the fact that Vegapunk is quite benevolent, does not accept to do wrong and detailed experiments that Vegapunk agrees to install so that Kuma can go protect the Sunny.

See more: Unsolved mysteries from chapter 1 to the latest One Piece chapter (Part 2)

Vegapunk One Piece 1061 is the ‘substitute’ of the original

Many people think that the girl calling herself Vegapunk is actually the assistant of the real Vegapunk. Real people never show up, so they leave everything to the “substitute” to deal with. It also makes sense, let’s see if Oda-sensei thinks so.

Although it is not certain if uta is part of the main storyline, this humorous theory is very popular with readers. Uta is the main character of the newly released One Piece Film Red movie and her appearance is really very similar to Vegapunk. Wow, if this is a real mother and daughter, it’s crazy!

Some viewers even joked that Vegapunk is another “version” of Nami due to its extremely similar appearance. Others joked that… Vegapunk is Luffy’s lost mother even though this is almost impossible.

Above are 5 crazy theories about the true identity of Vegapunk that One Piece fans put forward. Of course, everything is just a guess, so if Oda-sensei can confirm that the other girl is indeed Vegapunk or he’s going to give him another round of crabs… it wouldn’t be too surprising. What do you think, what is Vegapunk appearing in One Piece 1061 actually? Leave a comment so we can chat together!

See more: The latest update of the TOP 50 most wanted pirates One Piece ranking!