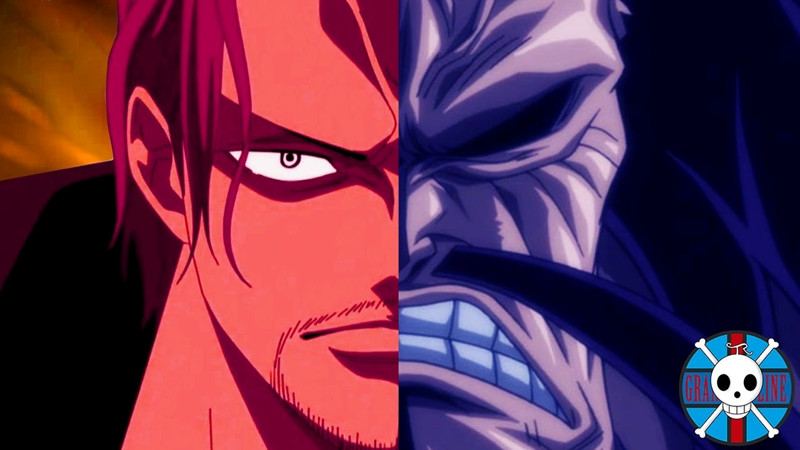 Kaido and Shanks are both the most powerful Yonko in One Piece, so if the two confront each other, who will win in the end?

If we’re talking about one of the pirates Kaido the most respectful in One Piece then we can’t help but mention the name Red Hair Shankswhen he is the character that the Captain of the Beasts Pirates saw in chapter 1001. In addition, the Red Hair Pirates were also the one who prevented Kaido and King from coming to the crew’s place. White beard at the event Marineford.

See also: TOP 5 best One Piece anime movies that you should watch today!

So in a case, if Shanks had to confront Kaido, who would have the upper hand in a life-and-death battle? Let’s learn about the power correlation of these two Yonko.

Kaido has many advantages, the most typical is the power of the mythical Zoan Devil Fruit, named Uo Uo no Mi, Model: Seiryu. Thanks to it, he can create clouds, move the sky or even use spears to lift Onigashima into the air.

Not only that, but Kaido also possesses powerful attacks such as Boro Breath, which covers the whole body and attacks with Conqueror Haki, thereby making him more dangerous than ever. Kaido’s supple body has allowed him to survive a series of attacks and only lose to Luffy’s Gear 5 status.

See also: One Piece: List of all CP0 members!

Some mentioned powers of Shanks

Conqueror Haki is Shanks’ greatest strength, so much so that the Green Bull Admiral had to quickly retreat as soon as he was threatened by this Yonko from afar. Shanks’ sword skills are also not trivial because he used to be “on par” with Mihawk and until now we still don’t know who the winner is.

In Movie Red, we also see that Shanks can match Kizaru’s speed in a brief encounter. Shanks’ Conqueror Haki is extremely powerful so if he can cover all of his attacks with it then devastating battles will surely ensue.

Shanks is also confirmed to be the antithesis of Observation Haki, thereby preventing the opponent’s ability to foresee the future.

Zoro himself was able to scar Kaido because he covered his attacks with Conqueror Haki and Shanks can certainly do the same. Not to mention he is a master of Haki himself, so Shanks’ slash can certainly make Kaido wary.

Quickness is also a factor that can help Shanks attack Kaido by surprise even if he turns into a dragon. The combination of strength, speed, and ability to counter Observation Haki is what makes Shanks particularly dangerous.

Factors that make it possible for Kaido to win

Although Shanks is a dangerous person, Kaido is definitely not the middle type because his toughness, resilience and beefiness are definitely surpassed by Shanks. Not to mention that those who possess the Zoan fruit are physically enhanced, while Kaido’s Zoan fruit is a mythical fruit.

Also for this reason, if this fight lasts, surely Kaido will be the one to have more advantages, because as long as Shanks is neglected for a moment, he can completely lose immediately. Not to mention the loss of an arm was also a disadvantage in combat for Shanks.

Hold Shanks and Kaido who will be the winner?

Because both are Yonko, the nature of their strength is not really too different from each other and the chance of victory is equal for both Shanks and Kaido. This means that if any party exposes the loophole too clearly, that party will definitely be the loser.

However, when the power of Haki is considered to be completely superior to the Devil fruit, Shanks will be the one to have more advantages and win against Kaido. But in case Kaido is wise in prolonging the match, eroding Shanks’ strength, the victory will be in favor of the strongest creature in the world.