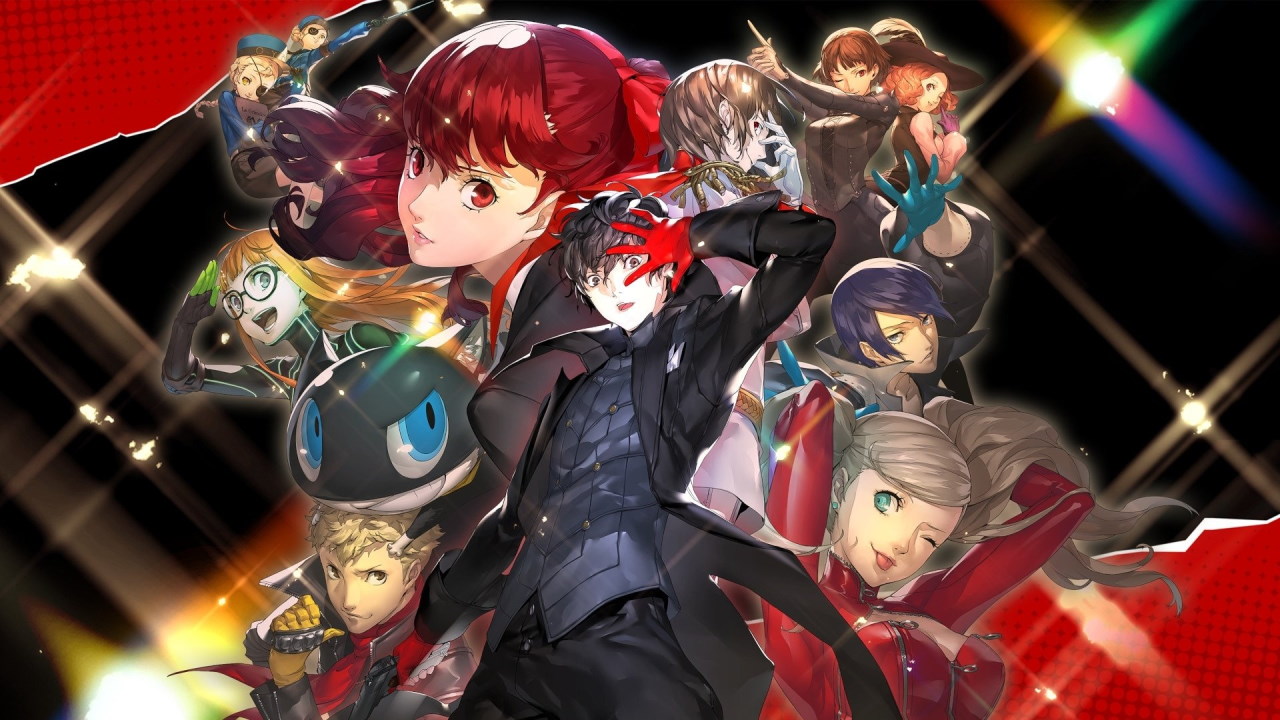 Persona 5 Royal is an upgrade to expand the content of the JRPG Persona 5. Although the game retains the old plot, it adds new characters and details. This is actually the tradition of the main game series Shin Megami Tensei in general and Persona in particular. Not to mention, the previous game in this series also received a similar upgrade, Persona 4 Golden. Even so, the changes both big and small in these upgrades still make for a very exhilarating experience, even after you’ve played the original game.

From a player perspective, Persona 5 Royal is probably the best game in the Persona series as of the time of writing. The game has a running time of around 100 hours and this number can be doubled or even doubled if you are a perfectionist. Compared to the original, the game has a few notable tweaks such as a faster battle pacing. The Royal Edition also includes all DLC ever released for Persona 5, such as character skins. This game also has a new semester and two new Social Links.

Most notable is the appearance of the new character Kasumi joining the group of Phantom Thieves compared to the old set. Accompanied by many new events are incorporated into the original story to legitimize this character. There is also a new character with not much fun time together, it is recommended that you spend as much time with this character as possible. The gameplay mechanics also have some interesting additions to the exploration experience such as Will Seed hidden in redesigned Palaces, with shortcuts to make movement easier.

Collecting all 3 Will Seeds in the Palace brings attractive rewards for your efforts. However, if you do not collect enough Will Seed before the Palace “collapses”, you do not need to worry because there is NPC Jose to support and in return for the mysterious flowers in the Memento. In addition, this NPC also allows players to customize the “exploration stats” of dungeons, such as increasing the amount of experience points received. Showtime is also an interesting new mechanic, allowing two characters to conduct “council attacks” on the enemy.

In particular, some of the old bosses in the original may require new attack tactics in Persona 5 Royal. You can also find new shops with brand new items in the new Kichijoji area, along with some new minigames that expand the experience even more. The writer feels that the English dub also has an emotional and contextual adjustment. However, because the documentation provided by the developer does not mention this, I only list it in the article for those of you who have a lot of time and want to check.

Compared to Soul Hackers 2 of the same developer, Persona 5 Royal PC version does not have much customization of graphic quality. There are only basic options around, with frame rate limit settings at 30, 60 and 120 respectively. In this respect, I think the Atlus developer can learn from the “father” of the Yakuza and Judgment series when bringing the game to the PC platform. In return, the PC version supports the mouse and keyboard experience quite well, although it does not interact perfectly with the game interface that is designed for the controller.

If you intend to experience Persona 5 Royal all the time on the Steam Deck like the Nintendo Switch version, the sad news is that the game does not support the 16:10 aspect ratio on Valve’s console. That means the game will display two black bands on the top and bottom edges on the screen. In contrast, the game experience performed quite well on the Steam Deck, although there were also certain frame drops in some areas. However, the writer had a little problem with the interface and some of the game’s transitions.

For example, the text is pixelated and sometimes a bit difficult to read, especially SMS messages. Similarly, Persona 5 Royal Switch version also has a few segments with a slight drop in frame rate, but not to the extent of adversely affecting the game experience. Compared to the Xbox Series X, Nintendo’s system has less sharp image quality and some textures look a bit blurry, whether playing the game in handheld mode or docking. Even so, Nintendo Switch players don’t have to sacrifice much in terms of picture quality in exchange for mobile gaming.

For those of you who haven’t experienced the original game, Persona 5 Royal puts players in the role of a low-key high school boy Joker. On a return from school, the main character witnessed a woman being harassed and acted in a chivalrous way. As a result, he accidentally injured the abuser and was sued by him, leading to his expulsion and having to move to a boarding house away from home where the only place that accepted him was Shujin Academy. From here, Joker discovers the possibility of entering the Metaverse space and approaching the dungeons here with many surprises.

From a player perspective, Persona 5 Royal possesses an extremely deep storyline when exploiting the dark corners of the human soul. The game is written by the team of writers, so the story is excellent with dramatic and unexpected twists. Even the dialogues of the characters are very natural and bring a lot of breath to life, without creating a feeling of force. This contributes significantly to attracting players to the experience when the game exploits the aspect of character development and different relationships.

The gameplay of Persona 5 Royal splits into two closely connected aspects: everyday life and in the Metaverse. Much of the time revolves around the ability to balance work in both of these aspects. Most of it is time pressure when you have to complete exploration and battle in the Palace with a certain time frame, usually two weeks in the game. With daily life, the main character has to go to school and perform personal activities such as studying, doing laundry or hanging out with friends.

These activities all consume a certain amount of time, while the character’s daily time is extremely limited. The highlight of daily life is the Social Link system that creates a depth of relationship with other characters, contributing significantly to helping players better understand the motivations and stories of each character. Not to mention you also have to know how to prioritize relationships because just like in real life, not everyone is always free to interact with you. Sometimes you have to spend time with someone alone.

In other words, Social Link is very important. In addition to interactions, players also receive supporting skills from the aforementioned relationships when exploring and fighting in the Metaverse space. On the other hand, the relationship in Social Link also affects the leveling speed of Personas. Similar to Persona 4 Golden, Persona are “warriors” representing characters when fighting Shadows in the Metaverse. That’s also what you have to do after arranging the housework and not having to be busy with the main character’s part-time job.

Explore and fight in the Metaverse that has two types of dungeons, Palace and Memento. While Palaces are story dungeons, Memento is a larger dungeon that is randomly generated using the same algorithm as the dungeon in Persona 4 Golden. However, both types of dungeons are relatively linear due to their unique design, rarely causing difficulties for players in the exploration experience. Fighting back is another story and also the brightest plus point in the Persona 5 Royal experience.

The combat system in the game resembles a more sophisticated version of Soul Hackers 2. Most enemies have weaknesses that the player can exploit. Properly attacking their weak point gives the character an extra turn. You can take advantage of this opportunity for various actions such as attacking for an extra turn, using items or ‘Baton Pass’ other party characters to give your teammates both more turns and increased killing ability. injury and healing. In particular, Baton Pass can be stacked to deal massive damage to enemies.

Along with the Baton Pass is the Hold Up segment! gives the player the opportunity to claim with the enemy. For example, make them Persona for you or ask them for some money, even “total attack” All-Out Attack on the enemy’s squad. Just making good use of the above-mentioned mechanisms to build offensive tactics has brought an extremely satisfying combat experience. However, the battle system of Personal 5 Royal is not only possible but also many interesting things that the writer wants for you to discover when experiencing the game.

After all, Persona 5 Royal offers a very unique immersive experience. The game has everything from an emotional storyline to excellent audiovisual aspects, including both English and Japanese dubbing. It’s hard to find the minus point of the game without deliberately scrutinizing the unimportant details. If you love JRPGs, this is definitely an indispensable name in your game library.

Join us on SteamJoin the Steam channel of Digital Experience