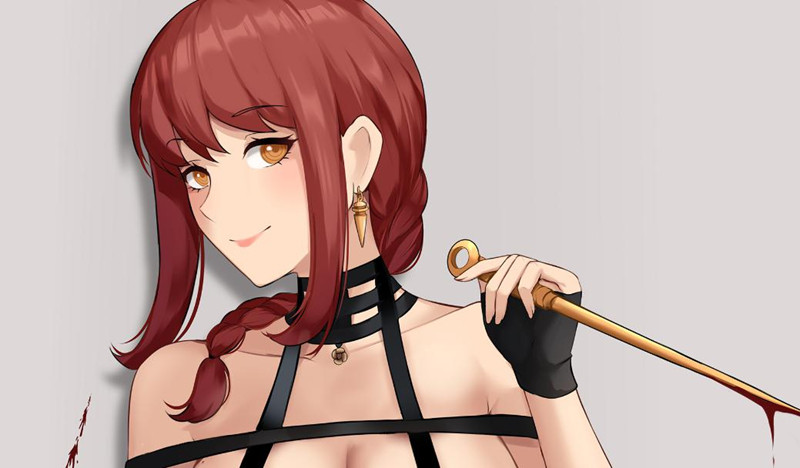 Although the autumn anime has not ended yet, Japanese fans have released a ranking of the TOP 10 most popular female characters. Who are the best waifu of this anime season? Let’s see!

Anime!Anime! is a website specializing in giving surveys to invite Japanese audiences to vote. In every season, Anime!Anime! always create the TOP most favorite character poll and autumn 2022 is no exception.

In order not to take much time, here is a ranking of the TOP 10 most popular female anime characters fall 2022. The results will definitely surprise you.

TOP 1 this season is not surprising when Makima is the champion. With her extreme “psychological manipulation” ability, Makima can turn every audience who loves her into a dog and barks “woof woof” every time she sees her picture on social networks.

Why do Chainsaw Man anime and manga fans bark when they see Makima?

Second in this TOP 10 is Power – the crazy “president” of the Saw Man manga and anime. Although not the best waifu type, her humor and fun will surely make you happy all day!

Despite being significantly younger than other competitors, Anya is still attractive enough to become a female character that is noticed by a large number of Japanese audiences. Coming to Part 2, Anya had more opportunities to show her charm. At this rate, maybe in the future, if she has Spy X Family season 2, she will still be well received.

This season can be seen as the dominance of Spy X Family and Chainsaw Man when the two most important characters of each movie split TOP 4. Yor’s mother in Part 2 also has more acting space than the previous part, so there is still a chance. Meeting with the “small tam” should be more and more attractive.

Lum is a name that is probably quite unfamiliar to young people, but will be an extremely familiar character for those who have watched manga for a long time, especially fans of Takahashi Rumiko. Lum is also probably the sexiest character on this list because most of her time on the air is in two-pieces.

Shy, timid, poor communication are the 3 words that best describe Hitori and are also the most interesting things about her. The fact that Hitori is on this list is also quite surprising, but completely worthy of her special charm.

Attracted right from the moment she announced the image, the female lead Suletta has successfully conquered the audience thanks to her lovely appearance, cute personality and surprising authenticity. According to the storyline, there are many secrets surrounding this girl. Let’s see if the director is “crazy”.

Rank 8 belongs to another character from Bocchi The Rock, which is the blue-haired girl Ryou. It seems that this kind of calm, slightly cold character is quite popular with Japanese audiences.

Although this season also has many waifu from romantic anime, the heroine Miruko of Super Hero Academy still has a position in the TOP 10. Miruko is just a supporting character and appears very little in the manga. However, the thoughtfulness in character building and the energy that she brings has conquered audiences around the world.

At number 10 is Koukyuu No Karasu’s Shouxue. As the female lead of a very “Chinese archery” story, Shouxue often has extremely lovely, bold “Japanese rom-com” expressions. Her 10/10 shape is also one of the good factors that make fans fall in love.

Above are the TOP 10 most popular female characters in the fall 2022 anime voted by Japanese audiences. Do you agree with this result? Who is the best waifu in your opinion this season? Please leave a comment so we can chat together.