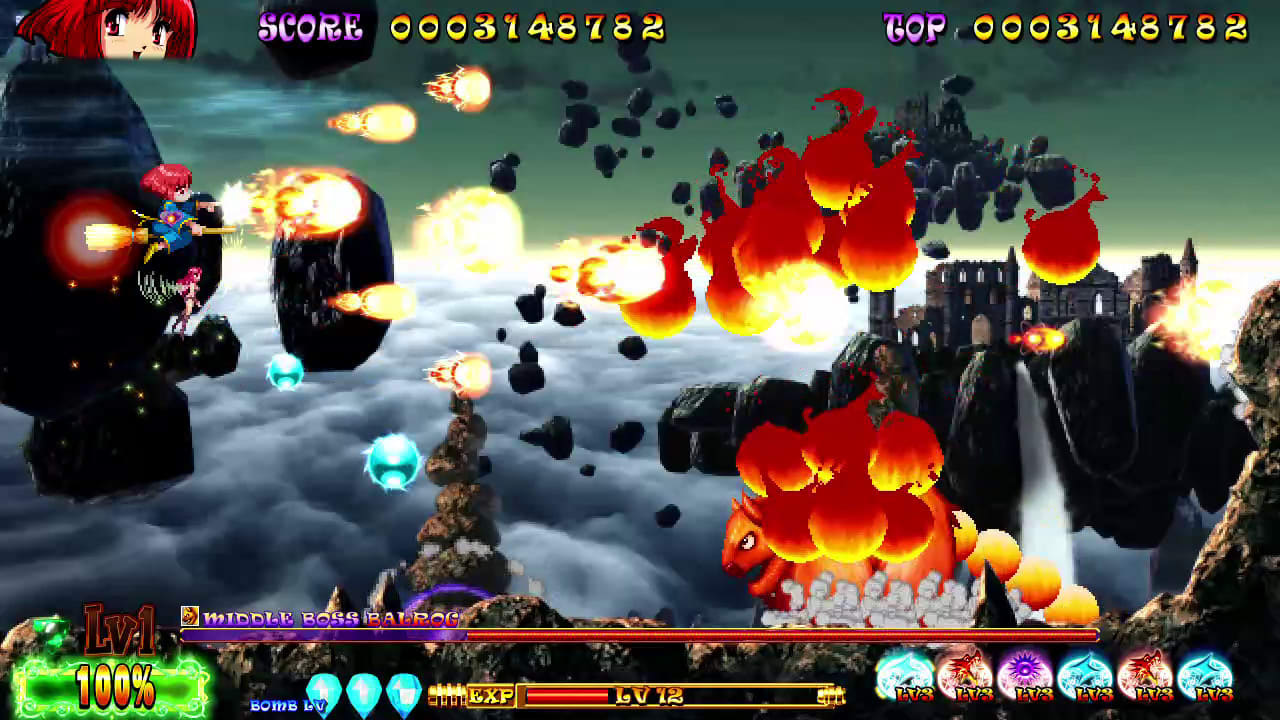 Review of the game Cotton Reboot is a remaster of the classic shoot ’em up game Cotton, besides the cute overhauled graphics, the game also brings you the most new experiences.

Review of the game Cotton Reboot

Try out the game divided into three different attractive game modes. Arrange Mode is a mode that overhauls the graphics as well as offers interesting new gameplay mechanics. In contrast, the X68000 recreates the classic Cotton: Fantastic Night Dreams, but not the original.

Evaluate the game Cotton Reboot from the player’s perspective

Consists of two 2- or 5-minute settings in a tailor-made level, requiring the player to have a detailed game plan. Your aim is the same as the other two modes is to find a way to create combos that accumulate the most points, but within a limited time. That’s not to mention the built-in escalation engine that you can disable in Option if you’re not confident. However, the methodical experience with diverse screen design and humorous storyline belongs to the other two game modes: Arrange and X68000.

Cotton Reboot brings players to a witch with a lovely shape with ugly socks, especially sweet. The case of pushing the main character to meet the fairy Silk made me laugh.

Once hearing the sweet words, the main character Cotton rides a broom and continues the “rain of bullets” battle with the demons from the dark. In fact, the plot just stops at the humorous narrative as the background for the experience, the attractive gameplay and the cute overhauled graphics in the new look are the biggest plus points of the game.

Still loyal to the familiar horizontal screen shmup method on the market regardless of the game mode. The protagonist Cotton moves from left to right, fighting large numbers of enemies with the focus attacking from the opposite direction. Occasionally, they can be present in dangerous locations that you cannot destroy, forcing the player to use control skills to avoid the standard rain of bullets. The character Silk is not in vain, but also supports the player to fight the enemy in his own way.

The Birth of Cotton Reboot

Successful company released Magical Night Dreams Cotton in 1991. One of the earliest examples of “witch” and an IP that will have a surprisingly long shelf life, the series has existed on a disparate range of consoles. The Sharp X68000 computer received the arcade port first, then the PC Engine and PlayStation. Super Famicom and Sega Saturn originally only had original 2D titles

Quality is getting better

Review the game Cotton Reboot cdaily is visually impressive, while The Mega Drive and Dreamcast adapted the format into a two-part 3D rail-shooter mini series. The last Cotton game to appear on SNK’s bad-numbered Neo Geo Pocket handheld, the only shmup game in the console’s library.

The player has the ability to free and help at the same time up to 6 fairies shaped like Silk in battle. However, except for the character Silk, who still stands with the player until the last minute, when the main character dies, you lose a fairy to get it. Fighting in Cotton Reboot is quite simple when only throwing bombs on the ground and shooting bullets at enemies. During that time, the gameplay mechanic that sets the game apart from other titles with the same gameplay like R-Type Final 2 is the colorful crystal apparatus.

These are the dropped items

When every time you destroy the enemy. They not only increase the firepower of Cotton’s main weapon, but also a power-up that helps players destroy a large number of enemies in the blink of an eye. Not only that, these crystals have different support depending on how you interact.

Review of the game Cotton Reboot For example, gold crystals help strengthen the character’s weapons, in other colors are for the purpose of collecting first and using later. Each color is a different power-up, capable of advancing up to three levels according to the number of accumulated crystals of the same color.

Through the above article, you have learned about Cotton Reboot game review pixel perfect graphics. Hope the above information of the article will be useful for readers. Thank you for taking the time to read through this article.