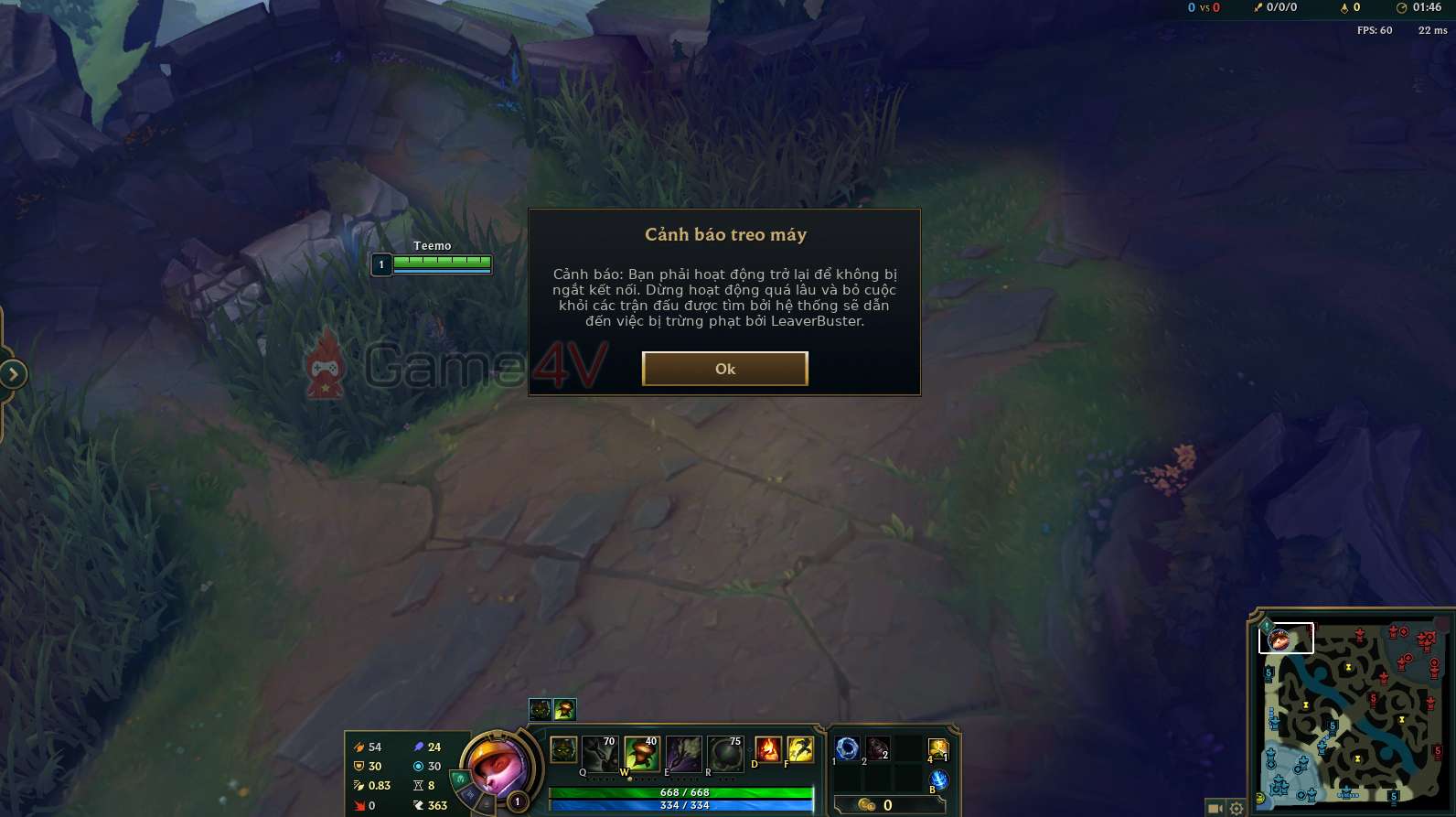 The AFK detection feature of League of Legends has been modified by Riot Games recently, but it has been criticized by many critics.

Coming to the 2023 Pre-Season, League of Legends not only appears new equipment or items in the game, but also has a number of different unique automatic mechanisms and features. Typically, the “Behavior System” has caused many players to criticize for being banned from chatting in a confusing way.

To this day, the gaming community has vehemently decried the AFK detection feature of League of Legends that Riot Games has just modified.

Teemo players will be warned to hand over (AFK) if standing invisible in the dust.

Accordingly, this feature is said to operate “too mechanical” and inefficient. For example, recently, a guy playing Teemo wanted to run into a bush (any) to stalk and poke his opponent. But because this guy stood still in the bushes for a few tens of seconds before the soldiers came out, he was warned by the Riot Games system.

This situation can be easily tested in Gym mode, and of course, besides Teemo, any champion can face the same situation if “hiding in the dust for too long”.

As a result, there have been a lot of comments from the Western League of Legends community about this feature:

Many gamers voiced their disdain for the new AFK detection feature.

“This feature is really annoying in Gym mode, when I’m trying to read item descriptions or do some math.”

“I was also warned the other day, why is there an AFK warning in the gym mode alone? This feature is really stupid to me…”

“It’s not just Teemo, my friend when he was guarding the bushes in the top lane to fight forest robbers also got an AFK warning. But at least this is a harmless warning.”

See also: League of Legends: Many players receive hundreds of free skins because of a game bug in Riot servers