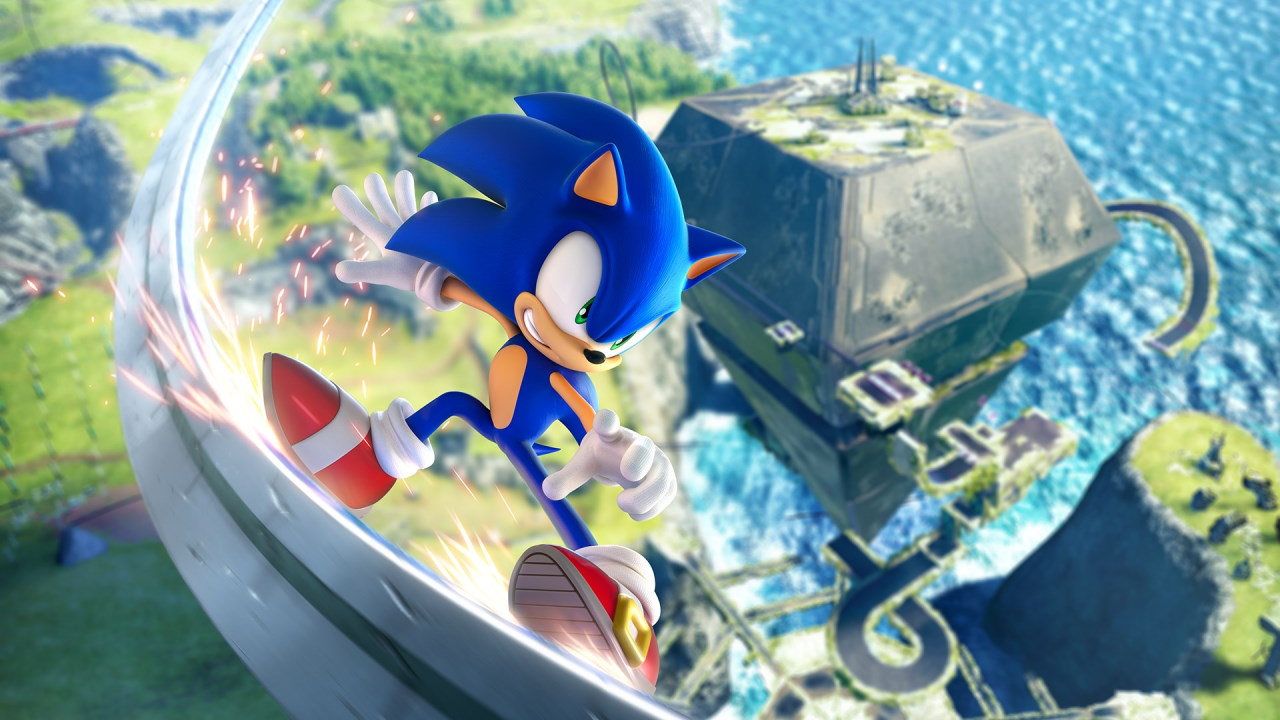 Sonic Frontiers is an action-adventure game that brings back the green hedgehog and is more powerful than ever. The game experience stands out with its open-world design and origin story, perhaps not very suitable for the age of the writer. It all started with the investigation of the ancient ruins of Dr. Robotnik that got him trapped in Cyber ​​Space. Then, as you can guess, Sonic drifts to this place in a “where is this” situation and the player is led into the rescue in the aforementioned virtual space.

From the perspective of players who have experienced many games about the green hedgehog, Sonic the Hedgehog is a series of games with many ups and downs when transforming from 2D to 3D graphics. After notable plays such as Sonic Generations and two versions of Sonic Adventure released on the ill-fated Dreamcast platform, the Sonic Team development team is still struggling in determining a new direction for this game series. However, the most memorable name in the middle of this period is Sonic Mania, the fanmade game so impressive that Sega decided to stand out as the publisher.

With Sonic Frontiers, it seems that the developer Sonic Team wants to play all the time with an open world design and a combat system that is somewhat inclined to role-playing action elements. The game experience also feels familiar, unique and new compared to the games in the Sonic the Hedgehog series. However, the open world concept in the game is very different from the names on the market today like Star Ocean: The Divine Force or Immortals Fenyx Rising. Instead of completely open spaces are semi-open areas.

In fact, I am talking about the large islands built as a playground for Sonic in the game experience. This aspect is again divided into two different gameplay. It’s a massively designed environment where players seek to collect Chaos Emeralds by completing the series’ traditional linearly designed levels, of course with the same colorful 3D graphics. Sonic Generations. Not to mention a certain amount of tokens that are usually collected by killing mini-boss.

Most interestingly, the open world areas are designed in a realistic style, looking quite like images reconstructed from real scenes somewhere in the world. Embedded in it are complex tracks and interactive points, waiting to test the player’s ability to go scenes. And yet, you also come across a lot of giant circles and other scene elements, sometimes just located in an isolated space like a thorn in front of you, stimulating players to explore to find collectibles or collectibles. merely take advantage of the shortcut.

The above design, although described as nothing special, actually brings a very attractive and new experience to Sonic Frontiers compared to previous games in this series. Equally attractive are the levels unlocked during the exploration of the open space on the aforementioned islands. Although these levels reuse many environmental elements, they still provide an exhilarating experience with just the right duration of each level, neither too long nor too short or challenging the player to the point of inhibition.

In addition to the exploration, scene, and item collection aspects, Sonic Frontiers also features combat segments that combine Sonic’s melee and ranged attack abilities. There are also unique abilities unlocked through the skill tree similar to the role-playing game series, contributing significantly to creating a very attractive and new gameplay loop compared to the old games. However, the combat experience is somewhat unbalanced compared to other aspects. Specifically, boss battles rarely give writers a sense of satisfaction.

Some matches take a long time, and others happen too quickly. Most boss battles usually revolve around the player’s ability to attack “hands faster than brains” rather than requiring complex tactics. The viewing angle in combat is also not well optimized, leading to many combat situations that are quite frustrating because of the inconsistency of the camera. Similarly, the level of challenge of the levels is also uneven and the screen is much more difficult than the previous one, making the writer sometimes feel bewildered.

The side quest system in Sonic Frontiers is no exception when there are many requirements that are quite boring and less exciting. Even, I think they are more challenging missions than side quests because making requests that require you to complete the scene in a limited time, unintentionally losing the appeal of the game experience. featured. One problem that I can’t help but mention, is that many Cyber ​​Space levels simply put on new paint on the familiar screen design in the old games.

At first, the writer didn’t realize it, but the feeling of experiencing both strange and familiar made me pay attention and consider. In return, the above “old bottle of new wine” screen still works well in Sonic Frontiers when combined with many new gameplay elements of the game. The problem is that although it offers an attractive experience, it is not difficult to notice that the graphics quality in Sonic Frontiers is quite fragmented with bad and beautiful details mixed in. For example, the graphics on the first island look quite old, looking like from the original PlayStation 3 game being remastered.

The performance of Sonic Frontiers is also nothing to complain about even on Switch. Nintendo’s platform has a fairly smooth frame rate at 30fps, although it has to sacrifice a lot of graphics, especially at long range. The scene is then bare with almost no detail until you move closer. On systems with powerful hardware, the graphics quality has improved a lot and maintains a stable 60fps frame rate, less prone to slow texture rendering like untimely data loading on Nintendo Switch.

After all, Sonic Frontiers offers an exhilarating action-adventure experience. The biggest plus point of the game is that it possesses many attractive ideas when it comes to the color of “neo-ancient love” between the old and new designs of this series throughout the decades. Although there are still some shortcomings, but it is undeniable that the game is a solid foundation, opening a brighter new horizon for the “green hedgehog” series with future sequels.