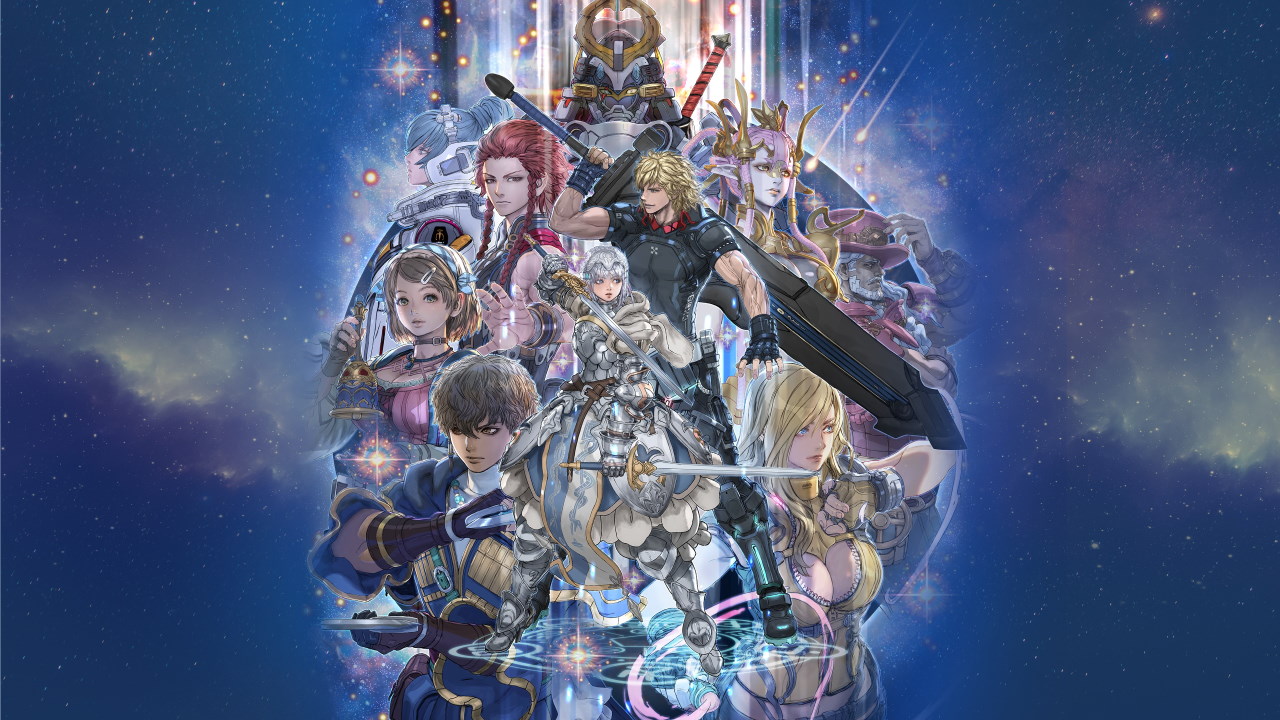 Star Ocean The Divine Force is the sixth game in the Star Ocean role-playing game series. So far, this series has always been behind Final Fantasy and Dragon Quest in terms of development scale and the new game is no exception. This can be easily seen from the inconsistent image quality and the feeling of lack of meticulous attention to many graphic details. The menu interface too, looks very sad if not ugly and very monotonous, not suitable for the theme of the game whether it is ‘Star Ocean’ or ‘Divine Force’.

For those of you who don’t know, the tri-Ace developer is also the “father” of the classic Valkyrie Profile game series on PlayStation and Nintendo DS in the past. If you’ve ever played the games mentioned above, you’ll be surprised at how interestingly rich the lives are written by the development team in the game. However, it is not clear whether due to the change in graphics from 2D to 3D or technical difficulties, the aforementioned plus points are hardly reproduced in the Star Ocean games of the same developer. What about Star Ocean The Divine Force?

If counting the first game released in 1996, which was not released internationally until 2008, Star Ocean The Divine Force marked the 25th anniversary of this series, although it was released a bit late for many reasons. do. However, the process of forming the tri-Ace developer alone, the “father” of this series is also quite interesting when associated with the “father” of Tales of Phantasia. That’s why you should not be surprised to see many similarities in the battle system of the Star Ocean series and the name just mentioned.

Later, both the Tales and Star Ocean series had different directions, but the games still had many similarities in the combat system, even though they all switched from 2D to 3D space. Specifically, the player controls one character while the AI ​​takes care of the rest of the party’s characters. In addition, the techniques can only be executed through different preset button combinations. But after Star Ocean: Integrity and Faithlessness was not appreciated in 2016, tri-Ace was quite silent.

With Star Ocean The Divine Force, I have a feeling that the developer no longer wants to be creative. Instead, the game is built quite safely and avoids repeating the design mistakes in the previous game. For example, the plot is more well-written, most of which is conveyed through short transitions that make it easier for players to grasp. The character development aspect is also paid more attention by the scriptwriter team, combined with the cast of characters that not only stand out with their own personalities but also fighting styles.

The pacing of the story is also faster, pushing the player to move continuously from town to town to solve the problems of each landmark. It’s also where you take over the side quests and decide whether or not to do them. Not only that, you also often see scenes of characters talking during the journey, helping players understand more about the context and personality of each character. It is indispensable for the private moments of the characters, which are no longer a “specialty” of the Star Ocean game series alone.

The biggest difference between Star Ocean The Divine Force and other games in this series is the world building and combat system. Basically, the world in the game is extremely large with a lot of little secrets hidden somewhere along the way. You can accidentally find treasure chests lying alone along the way or even on a cliff overhanging somewhere. The environment in the game has a careful attention to detail, providing beautiful scenes without dazzling, encouraging you to explore as a reward of the game experience.

But like Kingdom Hearts III, although it possesses beautiful scenery, most of the open world space in Star Ocean The Divine Force is quite wild and lifeless. The development team has not yet taken advantage of the framing of the different regions to complement the storytelling element. Instead, they just use them as mere exploration spaces. The towns, despite the care and meticulousness in their design, are built like traditional JRPGs with many of the same limitations.

Of course, these limitations are often to direct players to focus on the game experience, but it will be more attractive if the setting element also contributes to the construction of the narrative. For example, conveying legends or information about places to explore, instead of just being a place for players to approach the enemy in the middle of the aisle waiting for you to rush into battle. On the other hand, shaping the characters looks quite artificial, many segments look like plastic dolls. This is in stark contrast to the beautifully drawn character 2D artwork.

In contrast, the battle in Star Ocean The Divine Force takes place at a very fast pace, to the point that many times the writer can’t react to the party’s situation. Each character has a useful ability in combat, namely a skill tree that is unlocked through Action Points collected when leveling up. Depending on the strategy, players can assign these skills to three different combos or even items. Although the game allows you to pause the battle to use items, it inadvertently interrupts the fast-paced combat.

That’s why the battle can become chaotic very quickly, making it impossible for players to keep track of what their teammates are doing to improvise in time. That’s not to mention the AI ​​of my teammates is sometimes very confusing, especially at the beginning of the experience when I encounter the first boss. It wasn’t until later that I realized your teammates’ intelligence or not completely depends on the player’s tactics. If you go wrong with the attack, the consequences can make you have to hit a boss many times to extremely inhibited and vice versa.

This is especially true for those who often tend to switch between characters in the hope of controlling the battle. In fact, on the contrary, the character transformation in Star Ocean The Divine Force often causes bad consequences. The problem is that because the battle pacing is so fast, it’s hard for you to switch to a character like Nina to heal the party and then return to the main character fighting without consequences. The writer found that it is still best to focus on the fighting character instead of taking care of the AI.

When you deploy the right strategy, the AI ​​does a great job without “directing” the player. In contrast, as long as you “wrong one glass a mile” the consequences happen almost instantaneously. This is most visible in boss battles. From a player perspective, I don’t know whether to view the AI ​​in this case as smart or stupid, but that seems to be the developer’s design intent although a bit confusing. This is even more important when you experience the game on the “universe” difficulty level Universe in the first play.

The listening aspect in Star Ocean The Divine Force also leaves the writer with many unexpected emotions with the familiar sound from the compositions of composer Sakuraba Motoi. If I’m not mistaken, all the games in the Star Ocean series and most of the Tales games were also written by him. Recent games that have also been played by Motoi with music are Valkyrie Elysium, Cogen: Sword of Rewind and Tales of Arise. It is known that the One Piece Odyssey role-playing game coming out in 2023 is also in charge of the music.

After all, Star Ocean The Divine Force offers an exciting role-playing experience with many small but welcome improvements compared to the previous game. Although it still has some shortcomings and has not exploited the full potential of the game for many reasons, it is still an extremely worthy name for your JRPG library.

Join us on SteamJoin the Steam channel of Digital Experience