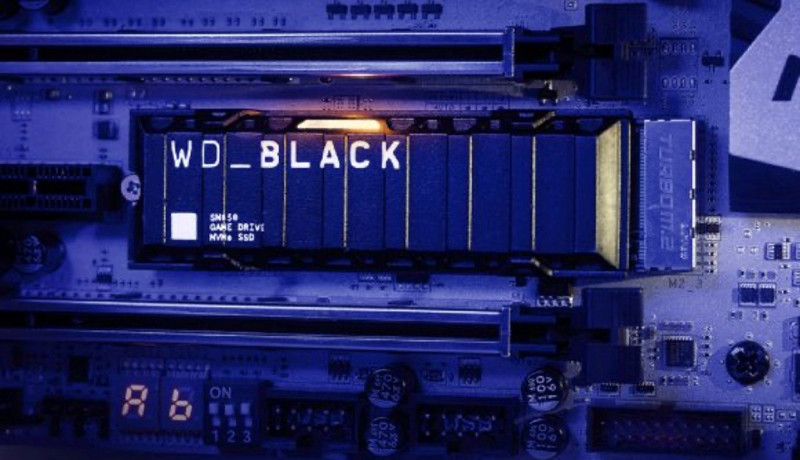 Finding the best SSD for gaming to replace an old hard drive that’s been used for years can be a daunting task for inexperienced users with hardware. The familiar 2.5-inch SATA drive is still a popular choice in today’s gaming PC market, but you may want to opt for newer, faster NVMe hard drives for the best possible performance.

Before you spend money to buy the best SSD for gaming, it’s important to understand what types of slots and technologies your PC supports. Besides, check out the motherboard that can support and take full advantage of the performance of the PCIe 4.0 SSD. Here is a roundup of the best SSDs you can use for gaming.

The WD Black SN850X is the fastest SSD you can buy, taking full advantage of the PCIe 4.0 interface with lightning-fast sequential read and write speeds of 7,300 MB/s and 6,600 MB/s, respectively.

This level of performance will not only improve load times in games, but you’ll notice your gaming PC boots up faster and handles general tasks faster. You’ll always get the most out of your driving while gaming, thanks to the Game Mode 2.0 toggle in the included software.

Besides, the SSD version WD Black SN850X 1TB M2 PCIe 4.0 WDS100T2X0E is equipped with a heatsink. This is probably a problem that a lot of gaming computers have, reducing the life of components. This heatsink helps maintain peak gaming performance while ensuring product durability.

The Samsung 980 is the perfect choice for anyone looking to upgrade an aging SATA hard drive or SSD with something a little faster. The South Korean tech giant’s storage components have remained among the most sought after on the market for many years now, and it’s not hard to see why.

Using the PCIe 3.0 interface, the Samsung 980 delivers sequential read and write speeds that will turn any weak gaming PC into a powerful machine. The SSD can be further enhanced through the use of Samsung Magician software, making it easy to get the most out of your new drive.

NVMe SSDs will certainly replace their SATA cousins, but there’s still a lot of value in drives that use the old interface like the Samsung 870 EVO. While its sequential read and write speeds may seem low in the face of PCIe storage, it’s still very fast for most games and undeniably faster than any hard drive.

If you prioritize capacity over speed, then choosing the Samsung 870 EVO might be the first choice. You can pick it up in sizes up to 4TB, meaning you won’t have to worry about rearranging your Steam library, and it costs much less than any M.2 SSD with the same capacity. quantity.

Owning a PCIe 4.0 SSD doesn’t necessarily mean spending a fortune, and Crucial’s P5 Plus proves that you can pick up a drive with respectable performance without having to be on a high budget.

The Crucial P5 Plus not only boasts read speeds of up to 6,600 MB/s, but also a two million hour mean time to failure (MTTF) rating meaning it’s reliable to boot.

The Blue SN570 NVMe SSD boasts up to 2TB of storage, solid 900TBW endurance, and respectable read and write speeds for the cheapest price.

Of course, it’s not the fastest hard drive right now, but it’s the best you can get under $2 million without sacrificing capacity, speed, or both. That makes it the perfect choice for the best gaming PC on a budget.