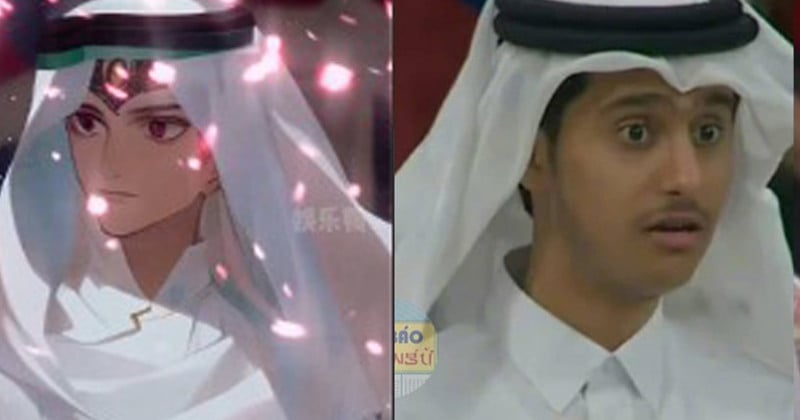 The Prince of Qatar quickly became the focus of the online community’s attention after the opening match of the 2022 World Cup and was used by the community to use AI to turn him into a hottie.

In the past few days, the online community is focusing their attention on the happenings of the biggest football event on the planet – World Cup. In addition to watching the happenings on the pitch, the audience also pays attention to the side stories, not only around the tournament but also in the stands.

See also: Can humans live on the Moon in 10 years?

And recently the attention of the community has focused on the 15-year-old prince of Qatarwith adorable expressions from the first match of World Cup. Quickly, the images of this young prince were widely shared on social networks.

And in recent days, the Chinese community is also emerging a trend of redrawing images through an AI application, without waiting they used the image of the prince of Qatar to turn him into a “marshal”. ca” through the drawing of AI, thereby giving birth to the extremely beautiful images below.

A lot of comments from the Chinese community appeared to show surprise at the images that AI created from this prince.