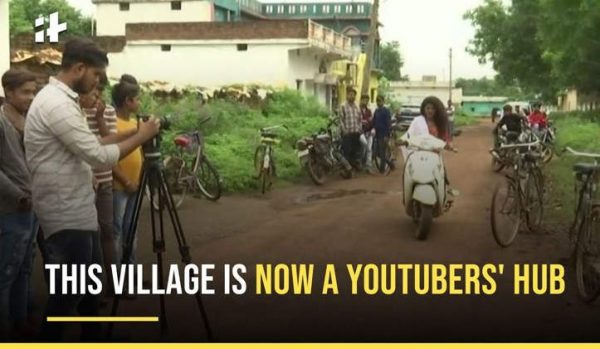 This place is called “YouTube village” because most people quit their jobs, switch to YouTuber to make money faster and more.

Tulsi, a small village in the Indian state of Chhattisgarh known as “YouTube Village”. The reason is that more than 1000 people have given up their main job to switch to YouTuber and make money from it, accounting for more than 1/3 of the population in the village.

Online video content is more popular than ever, and it’s no wonder that millions of YouTubers and content creators are working hard to build their own personal brands. The people in the village of Tulsi have brought YouTube work to a new level when nowhere has a strong YouTuber force like here.

It is estimated that more than a third of the 3,000 locals are actively making videos and posting them on YouTube for profit. Many of these YouTubers were formerly farmers, workers, etc., but after hearing that some of their colleagues doubled their monthly income, even tripled it after switching to making videos and posting. YouTube, they’ve decided to quit.

The story of India’s YouTube Village begins with two friends, Gyanendra Shukla and Jai Verma, who are computer network engineers and chemistry teachers with a Master’s degree respectively. 10 years ago, 2 people gave up their meager jobs to switch to being YouTubers. Their success in YouTube has spread very quickly, inspiring many others… to quit.

“I used to work as a computer engineer before, the internet in my office is very good, so I often go to YouTube and watch many videos on it. In the years 2011-2012, I found on YouTube the content was quite simple, poor and also had few good YouTube channels. With a passion for movies, I think I can do it too. So I quit my job to become a YouTuber.”

Up to now, Gyanendra Shukla has owned a YouTube channel with more than 115,000 subscribers and produced nearly 300 videos.

Aditya Vaghil, a longtime YouTuber in the village shared:

“We produce videos with all kinds of topics such as comedy, singing programs, entertainment, etc. Anyone in the village can become an artist to produce videos. That’s why people call us YouTube Village.”

According to many people, with this YouTuber job, they can earn 2-3 times more than their previous income when doing traditional occupations.

“Everywhere in our village, there are YouTubers holding cameras to work.” Chetan Nayak, a YouTuber in the village said.

“In this village, from 15-year-old boys to 85-year-old grandmothers can become YouTubers, it’s true.”

In addition to entertainment content, many people in the village also produce educational and knowledge videos, etc. Each person involved in the video production process, from scripting, acting, editing, etc. important factor.

About 40% of the village population is currently engaged in creating video content for platforms like YouTube, TikTok or Instagram. In particular, doing YouTube is also seen as giving freedom to the women in the village. Through this work, they are integrated with the world and freely express themselves.