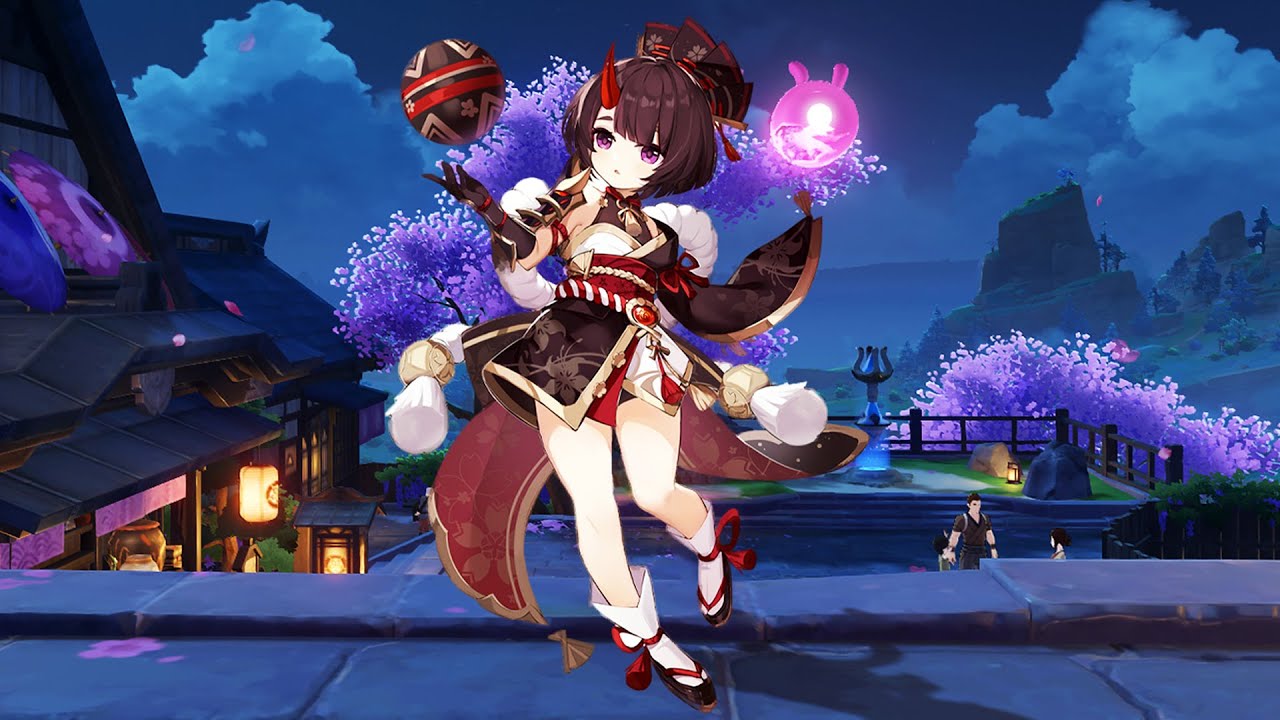 INTERNATIONAL_ Koki Shinobu is rumored to join the cast of Genshin Impact and her connection to Aragaki Itto is attracting a lot of attention from the gaming community.

Although the heat has not shown any signs of abating with the spectacular debut of Itto, Gorou, Shenhe and Yunjin coming soon. Meanwhile, some details have been revealed about the upcoming female character Kuki Shinobu Genshin Impact becoming a playable character. Let’s take a look at the information that has been revealed by the publisher about what this new character will look like.

1. Kuki Shinobu has a friendship with Aragaki Itto?

Kuki Shinobu is the deputy general of the Arataki gang. Although this new character from Inazuma is yet to be officially confirmed, she will appear in a major update coming out in the future as she is already featured in the voiceovers of both characters. present. Arataki Itto described Shinobu through his voice dialogue, describing that Kuki Shinobu has a very aggressive personality, yet is very loyal to him. Shinobu also doesn’t like to do what he’s told and always challenges him.

The full text of Aragaki’s dialogue when describing Shinobu: “No one questioned my leadership in the gang. It doesn’t matter what I say. Except when talking about Shinobu. She always had a defiant attitude to me. Not only that, all the loot I earned was brought back to share with everyone, but Shinobu arbitrarily took it and returned it to them as if he was deliberately making me angry.”

The two are also close friends and some even call her his best friend. Sayu often refers to Kuki Shinobu as Itto’s Kuki Ninja. However, for Kuki to be on the side of Itto, she has to be someone with a very strong personality. On the other hand, many gamers expect Kuki to become a strong DPS character, although the developer has not yet made specific suggestions for Kuki Shinobu’s gameplay. According to the story, Shinobu was not a delicate person at all.

However, Shinobu was not merely a fighter who was good at fighting, but also someone who could handle the most important business aspect of the Arataki gang, or rather, as a secretary. Specifically, Shinobu must be held responsible for any erroneous actions caused by Itto. She seems to have gotten him out of trouble many times and it will be fun to watch as both of these characters argue all day long in Genshin Impact.

2. Leaked visuals of Kuki Shinobu
According to some sources, Kuki Shinobu has a compact body with a lovely appearance. Some gamers revealed that Kuki Shinobu in Genshin Impact has the same body type as Sucrose or Yanfei. Furthermore, the data also suggests that Shinobu will probably wear a mask as an NPC in Inazuma apparently mentioned this if you look closely.

According to some sources, Kuki Shinobu has a compact body with a lovely appearance.

3. When will Kuki Shinobu debut?

According to what has been suggested, she will appear in version 2.5 of Genshin Impact, Kuki Shinobu may be introduced along with Yae Miko. The leak also hinted that Shinobu is a 4-star Electro elemental type with a penchant for assisting in battle formations. That way, fans can rest assured, and my advice is that if you really love Shinobu’s lovely appearance, you should accumulate gems to shoot right now.